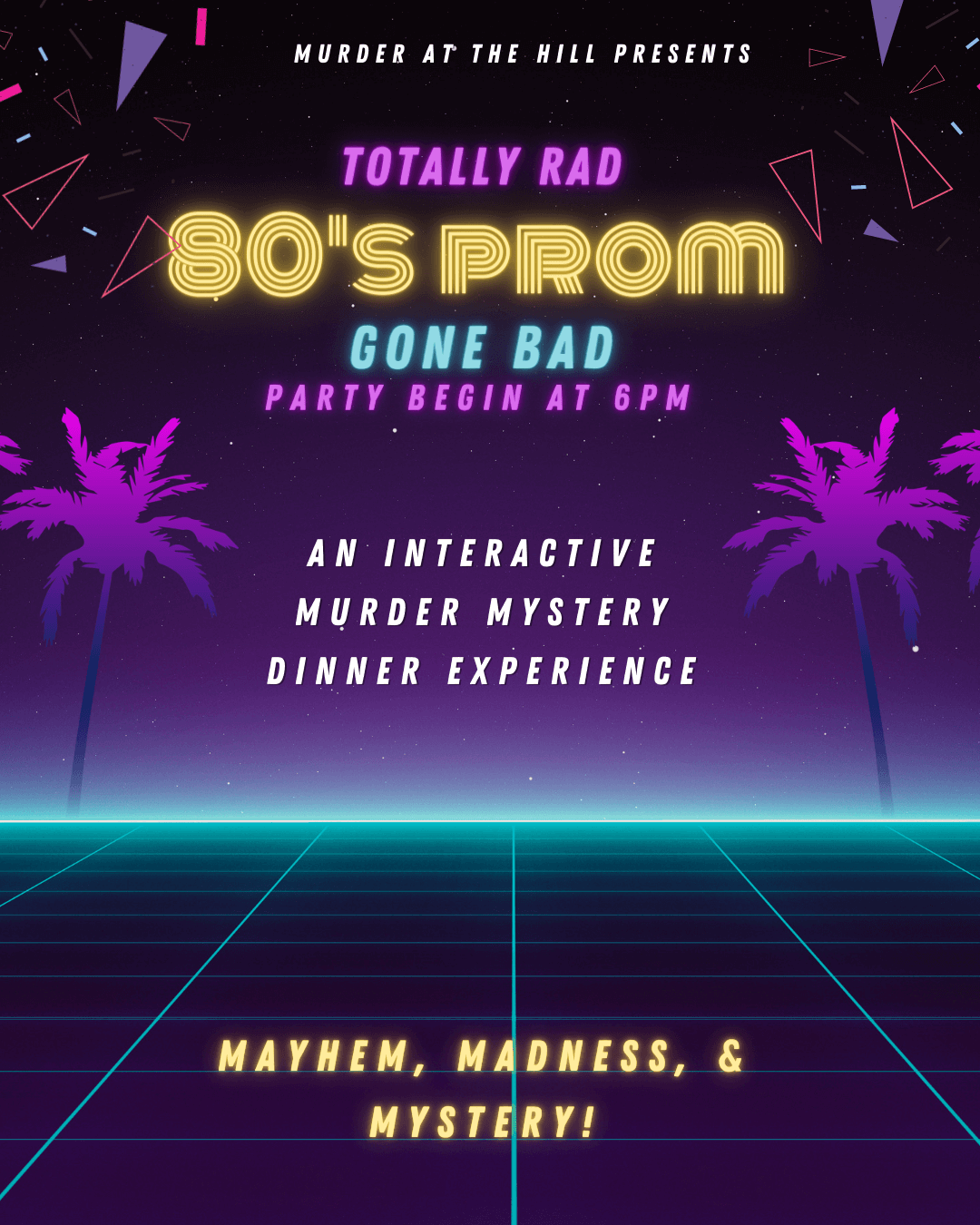 Join us for an interactive night of murder, mystery, and madness! Dinner and drinks will be served then we’ll get to work solving the crime of the night- but we can’t do it without your help.

With their high school career coming to an end, the students of Mayhem High find themselves battling it out over grades, popularity, affection, class rankings and what they all have been focused on for years…Who will be awarded the prom king and queen title?

As the night unfolds, the royalty will be rewarded and an innocent life will be claimed. From the preppie to the punk rocker, the spaz to the stud, the jock to the jilted—all are suspected although only one is to blame. Can you find the culprit in this crazy madness that is filled with neon, naughtiness and narcissistic behavior?

Will it be the class president who is looking to extend his reign past the student council?The pompom captain who has used her moves to land more than a prom court nomination?Or possibly the math team captain who is desperate to make his name in something other than academics.

Book your package and schedule your activities now